Only fools believe in miracles; but life would be unbearable without hoping for them.

Understanding Pre-Historic Images in the Post-Historic Age: A Cognitive Project. 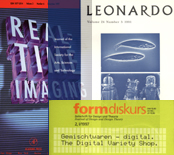 The first part simply acknowledges that knowledge is domain specific. It instantiates data, extracted from a dynamics of continuous change, at a given instance. The second answer brings Leibniz’s (1666) voice into the discussion regarding which language, if any, can claim universality. His characteristica universalis, an ideal language in which signs stand for simple and unanalysable concepts, associated with a calculus ratiocinator would constitute an “algebra of thought.” After these cultural qualifiers were spelled out, we still face a basic epistemological question: What do the two contradictory statements leave us with? In trying to answer this epistemological question, I articulated a concrete semiotic program. In nuce, it says that a massive effort to scan all petroglyphs we are aware of would result in two desired results:

Once this program is formulated – and this was the major objective of this study – we are in the position to achieve many objectives. The major one seems to be the objective of defining the incipient zoon semiotikon and understanding what factors were at work in the self-definition of the species through sign activities. I would like to suggest here an additional research program, which might sound more futuristic than it actually is. Fully benefiting from the digital simuli embodied in the database of all available images, we could build a model within which a major question could be addressed: What does it take to have a living system reach the stage of expression corresponding to the glyphs? Even the formulation of the program might confuse some traditional researchers. It sounds like questioning the beginning of the universe, or asking whether there is an ultimate elementary constitutive part to it. But these are indeed questions whose time has come. Modern physics deals with the very initial minutes of the universe; cognitive sciences are focused on mental capabilities; genetics, on reading the “book” of human development, as it is “written” in the DNA sequence. To miss the chance to articulate a similar program when we have most probable access to the very beginning of any semiotic process would be ironic – semiotic tools used by everyone but semioticians.
One script for the realization of the program speaks in favor of extracting from the database essential information: repetitive patterns, relational aspects, morphological descriptors. We could understand how conventions are submitted and eventually accepted. Another possibility is to take neural networks in a variety of configurations, incrementally input knowledge (probably what the first phase made available), and see at which level of complexity visual expression is generated. To enter into details here (what kind of networks, working on which type of knowledge representation, driving which kind of output device, etc.) would certainly be helpful, but beyond the scope of this paper. But the very thought that we could, at symbolic levels and at what some define as subsymbolic levels, examine circumstances leading to the synthesis of the visual is very attractive. We might, as I have already, and enthusiastically, stated, gain a better understanding of the processes leading to the emergence of semiotic experiences, in particular, the emergence of language. Would the simulated environment afford the many layers of emotion and inquisitiveness characteristic of the “real” thing? Probably not. Lascaux II will not give us the expression of the finger stroke, of hand movement, neither the temperature of the cave, the sensation of randomness of the dripping water, the distance and depth. It does de-contextualize the real cave; but social attribution of value, part of any semiosis, is powerful enough to make the replica a commercial success.
A virtual world does not have to replicate phenomenal, but essential reality. I cannot see how the emotion of finding out what it actually takes to make expression necessary within a living system can be equaled by any other satisfaction.
Partial goals, such as many already studied by anthropologists, archeaologists, morphologists, art historians, etc. are important but will not bring us to where we actually should be: the understanding of the cognitive processes leading to self-expression, social awareness, and communication. The chance we have is to indeed integrate specialized knowledge in order to reconstitute the cognitive process in its unity and variety (rationality and emotion included). Any other goal, as dignified and academic as it might sound, is no longer justified. In many ways, the holistic nature of the images we intend to examine requires a holistic approach on our side. That such a high expectation is difficult to achieve after the experience of reductionism that shaped our culture is at best a truism.
Notes
1. Docent is a trademark for a program, developed by Mihai Nadin, for search, retrieval, and authoring pertinent to massive storage of images.
2. Cf. Images: past and present. (Image classification and retrieval, iconographic research, iconoclass consultancy), March 10, 1990.
References
Campbell, B. Humankind Emerging (Canada: Little, Brown & Co.), 1985.
d’Errico, Francesco. Microscopic and statistical criteria for the identification of prehistoric systems of notation, in Rock Art Research, 8:2, 1991, pp. 83-90.
Haarmann, Harald. Universalgeschichte der Schrift. Frankfurt/Main: Campus Verlag, 1990.
Leibniz, G.W.F. Dissertatio de Arte Combinatoria (1666), in Leibniz: Selections (P.P. Wiener, ed.). New York: Scribners, 1951. Of particular interest is the text “Dialogue on the Connection Between Things and Words.”
Morwood, M.J. and Kaiser, Y. The Use of Graffiti in the Monitoring of Community Attitudes Towards Aboriginal Rock Art, in Rock Art Research, 8:2, 1991, pp. 94-98.
Nadin, Mihai. Consistency, Completeness and the Meaning of Sign Theories, in The American Journal of Semiotics, vol 1, no. 3, 1982, pp. 79-98.
The Civilization of Illiteracy [published in 1997 by Dresden University Press].
©Copyright 1992, Mihai Nadin. All rights reserved.