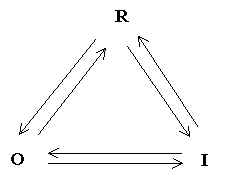 Fig. 4 Interactive computation: the shared state
None of the operations (or processes) are algorithmic, since they do not control the shared state, but participate in an interaction through the shared state. They are also subject to external interaction. What is of exceptional importance here is that the response of each operation to messages from outside depends on the shared state accessed through non-local variables of operations. The non-locality made possible here corresponds to the nature of anticipation. Interactive systems are inherently incomplete, thus decidable in Gödel’s sense (i.e., not subject to Gödelian strictures in respect to their consistency). Interactivity requires that the computation remain connected to the practical experiences of human self-constitution, i.e., that we overcome the limitations of syntactically limited processing, or even of semantic referencing, and reach the pragmatic level. Processes in this kind of computation are multi-threaded, open-ended, and subject to predictive or not predictive interactions. The Turing machine could not describe them; and implementation in anticipatory computing machines per se is probably still far away.
This brings up, somehow by association, the question of whether the category of artifacts called programs are anticipatory by design or by their condition. The question is pertinent not only to computers, since in the language of modern genetics, programming (as the encoding of DNA, for example) plays an important role. It is, however, obvious that silicon hardware (as one possible embodiment of computers) and DNA are quite different, not only in view of their make-up, but more in view of their condition. If birds are “programmed” for their migratory behavior, then these “programs” are based on entailment schemes of extreme complexity. The same applies even more to the immune system.
6.3.1 Virtual Reality
A special category of interactive computation is represented by virtual reality implementations, all intrinsically pseudo-anticipatory environments of multi-sensorial condition. In the virtual domain, a given set of co-relations can be established or pursued. Entanglement is part of the broader design. Various processes are triggered in a confined space-and-time, i.e., in a subset of the world. Non-locality is a generic metaphor in the virtual realm made possible by the integration of the human subject. Sure, as we advance towards molecular, biological, and genetic computation–where the distinction between real and virtual is less than clear-cut–we reach new levels of pragmatic integration. Evolutionary computation will probably be driven by the inherent anticipatory characteristic of the living. As designs of computation processes at the chromosome level are advanced, a foundation is laid for computation that involves and facilitates self-awareness. Interaction at this level goes deeper than interaction embodied in the examples mentioned above; that is, at this level, mind-interaction-like mechanisms are possible, and thus true anticipation (not just the pseudo type) emerges as a structural property.
We are used to the representation of anticipatory processes through models that have a higher speed than the systems modeled: A rocket launch is anticipated in the simulation that “runs” ahead of the real time of the launch. The program anticipates, i.e., searches for all kinds of correlations–the proper functioning of a very complex system consisting of various elements tightly integrated in the whole. We have here, not unlike the case of data pre-fetching, or of integration through search in a space of possibilities, or of auto-associative memory, a mechanism for ensuring that co-relations are maintained above and beyond the deterministic one-directional temporal chain. The more interesting bi-directional chain is not even imaginable in such applications.
The spookiness of anticipatory computation is not only reducible to the speed of interactions that worried Einstein. It also involves a bi-directional time arrow. The account given in this paper, which simultaneously occasioned the advancement of my own model, identifies the many perspectives of the possible frontier in science represented by the subject of anticipation.
7. Conclusion
In order to ascertain anticipatory computation as an effective method, working models that display anticipatory characteristics need to be realized. The examples given herein can be seen as the specs for such possible models. Work in alternative computing models is illustrative of what can be done and of the return expected. Co-relations, difficult to deal with once we part from the world of first-order objects, are another promising avenue, as are possibilistic-based computations. Finally, if quantum effects prove to take place also in a world of large scale, anticipation, as entanglement (i.e., co-relation), might turn out to be the binding substratum of our universe of existence.