The best computer is invisible.

The human being is a semiotic animal; his humanness consists of the fact that instead of a natural expression of his needs and gratification, he acquired a conventional, symbolic language that is understandable only through the intermediary of signs. He pays in nominal values, in paper, while the animal in real, direct values [?] The animal acts in Yes and No. The human being says Yes and No and thus attains his happiness or unhappiness abstractly and bathetically. Ratio and oratio are a tremendous simplification of life. . . . (p. 7). (Translation, mine) 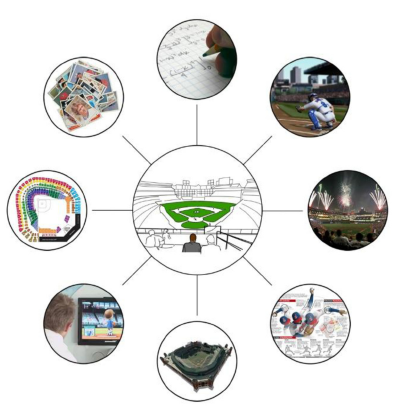 It has never been in my power to study anything— mathematics, chemistry, comparative anatomy, psychology, phonetics, economics, the history of science, whist, men and women, wine, metrology—except as a study of semiotics (Peirce, 1953, p. 32).

Figure 3. Fermat’s Theorem in Latin
Would Charles Sanders Peirce, given his very broad scientific horizon, have missed the opportunity to approach the subject? Probably not. By the way: as Einstein produced his ground-breaking theory, Cassirer (1923) found it appropriate to offer an interpretation informed by his semiotics. In other words, there is proof that semiotics can do better than indulge in useless speculative language games, as it does in our time.
This all suggests that specialization—such as in the mathematics required to produce the proof, or the mathematics that Einstein mastered—is a necessary condition for the progress of science. But not sufficient! Specialists— and there are more and more of them—ought to relate their discoveries to other fields, to build bridges. For this they need the interface of semiotics as an integral part of their way of thinking, as a technique of expression, and as a communication guide, but also as an integrative procedure. Within the cell, as a significant biological entity, there is chemistry, physics, genetics, and there are exchanges of data, and even of information (interpreted data). To examine only one aspect is to miss the fact that the cell integrates all these levels. Reductionism, so fruitful in examining physical reality, is deadly when applied to the living. Of course, the reduction to signs is no less damaging, especially in view of the fact that life is identified as an open-ended dynamic process within and open system.
We are experiencing various attempts to integrate computation, genetics, anthropology, philosophy, and more into understanding how language emerged and diversified. Never before has language—in its general sense, not only as the language we speak—been as central to research as it is today. Hausdorff, the mathematician who understood the semiotic nature of the human being, predicted this development. And since semiotics has, more often than not, been understood as the semiotics of language, it would be only natural to expect semioticians of all stripes to get involved in it. Genetics is, in fact, the study of DNA “expression,” of a particular kind of language defining the narrative and the associated stories that make up the “texts” and “books” of life. Or, as we shall argue, the narrative and the associated stories defining the unfolding of life over time. “Sentences” of a genetic nature identify not only criminals in a court of law, but also genetic mechanisms related to our health. Would Ferdinand de Saussure have missed the chance to collaborate with researchers who uncover the first “language genes”? Would Hjelmslev? No one expects semioticians to clarify the relation between brain activity and language. Brain imaging opened access to cerebral activity. But language is not necessarily housed in the brain, or only in the brain. There are motoric aspects to it, as there is a powerful sensorial component. Natural language is the most ubiquitous medium of interaction. It is involved in knowledge acquisition, in its expression, communication, and validation. Semiotics, if founded not around the sign concept—quite counter-intuitive when it comes to language (Where is the sign: the alphabet, the word, the sentence?)—but with the understanding of the interactions languages make possible, would contribute more than descriptions, usually of no consequence to anyone, and post facto explanations.
18. DOWNLOADING THINKING
The monkey that Miguel Nicolelis (2001) used in order to “download” the thinking that goes on while we play games does not qualify as an example for using language. The monkey initially acted upon the joystick in order to score. But once it noticed that it was sufficient to think about what it wanted to do, it chose the economy and speed of thinking. Are downloaded streams of data describing brain processes (such as those involved in the monkey’s thinking) made up of signs? Do the components of such strings stand for some represented entity? Obviously not. This is data to be validated in action, that is, to obtain its meaning in the action performed. The semiotics is implicit in the observation that thinking and acting upon representations can be connected. The monkey condition in the experiment is not equivalent to what we call the human condition. There is no metacognition to speak of. But humans play entire games of chess in their mind, not by necessarily moving pieces on a chessboard. The monkey would qualify for semiotic awareness if it could play in its mind. With the same technology, Nicolelis used, we could get access to it (Figure 4). 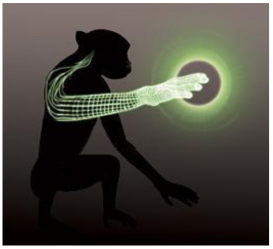 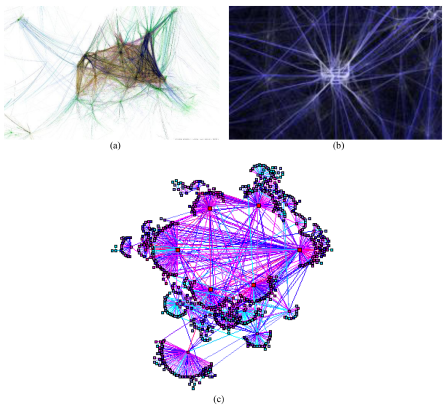 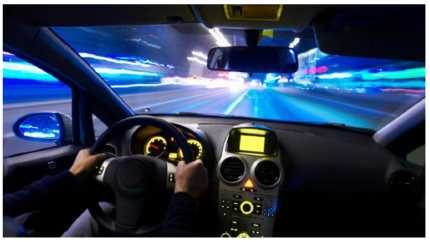