Not everything we know we learned.

AI&Society, February 2012 25th Anniversary Volume. A FAUSTIAN EXCHANGE: WHAT IS TO BE HUMAN IN THE ERA OF UBIQUITOUS TECHNOLOGY Springer London
PDF

AI&Society, February 2012
25th Anniversary Volume. A FAUSTIAN EXCHANGE: WHAT IS TO BE HUMAN IN THE ERA OF UBIQUITOUS TECHNOLOGY
Springer London
PDF

Abstract
In the age of ubiquitous technology, humans are reshaped through each transaction they are involved in. AIdriven networks, online games, and multisensory interactive environments make up alternate realities. Within such alternate worlds, users are reshaped as deterministic agents. Technology’s focus on reducing complexity leads to a human being dependent on prediction-driven machines and behaving like them. Meaning and information are disconnected. Existence is reduced to energy processes. The immense gain in efficiency translates as prosperity. Citizens of advanced economies, hurrying in the rhythm of machinedriven interactions, feel entitled to it. Successful at the price of self-awareness, they no longer know what this means. Happiness and prosperity are not consubstantial. Lack of happiness leads to aggression. This is the image of the world as we see it, no longer looking at each other, eye to eye, but screen to screen. The questions eliminated in the process of transferring responsibility from the individual to machines will inevitably become society’s new focus. When the goal is to get everyone to behave like a machine, the Singularity hypothesis becomes self-fulfilling prophecy. If, in addition to having exhausted natural resources, society does not want to end up making the human mind superfluous, it has to seek a better understanding of what makes anticipation possible. As a definitory characteristic of the living, corresponding to its complexity, anticipation can no longer be taken for granted, while every effort is made to reduce complexity for efficiency’s sake. Awareness of the processes conducive to its expression in successful human action will position human beings as masters of their destiny, not slaves of their own making. Antecapere ergo sum might be the counterclaim to Descartes’ Dubito ergo sum. To resist being perfected into oblivion, that is, unsustainable prosperity, means to reclaim the knowledge corresponding to higher levels of complexity.
Keywords
Anticipation Â· Complexity Â· Information Â· Meaning Â· Singularity Â· Transaction
1 Handing ourselves over
The romantic age of computation (coming after the romantic age of machines leading to the Industrial Revolution) produces all kinds of hyperbole: “The universe is a universal computer,” (Mitchell 2002); “The universality of computation is the most profound thing in the universe,” (Deutsch et al. 1995); “Everything is computation,” (Rucker 2005, 2008; inspired by Putnam 1960; “Everything is a program,” (not only in the movie Matrix, but also in Michael Prescott’s blog entry of August 6, 2010). Let’s assume that all these pronouncements prove to be correct. Digestion, not unlike dreaming, sexual intercourse, playing violin, planting flowers (or just smelling them), getting drunk or stoned, evolution, you name it, end up being computations. So are, in this scenario, the pleasure of roast leg of lamb, hugging, lawyering, killing (or opposing it), playing games, making art, having a heart attack, or a knee replacement (3D printing, of course). They can be reprogramed as desired. Life turns out to be digital, driven by zeros and ones strung into some control sequences of the matter in which our existence is embodied. Poems, perfumes, memories—all computations. Yes, even memories, including those of a time when the spindle became the metaphor for the revolving heavens (Plato’s description), the potter’s wheel for describing the shaping of reality from matter (Aristotle), and reality was considered nothing other than a clock (Newton, and others before him), a pneumatic (pneuma was Greek for soul) or a hydraulic pump (Hippocrates), a steam engine (in the Victorian Age), a switchboard or a network (Von Helmholtz 1878), a game, or even, in Shakespeare’s words, “All the world’s a stage /And all the men and women merely players. / They have their exits and entrances.” (You recognize, of course, the monolog from As You Like It.)
Metaphors constantly guided those searching for a path to knowledge—sometimes in the wrong direction. Alchemists were given to the obsession with heat; Freud wanted to explain the unconscious on the basis of hydraulics. Always associating the old and the new, metaphors are adopted by those probing the unknown, or who are under the illusion of doing so. Is there such thing as a final metaphor—as computation, subsuming all previous hypotheses is advanced by its proponents? The hope that humankind’s quest for knowledge will continue, even past the age of the obsession with making ourselves superfluous through machines that replace us, might itself be a computation. Between the hard place of anthropomorphism that derives the future from the privileged present of human existence in the universe and the rock of predicting the extinction of the species, so many choices are available. Now that the downloading of brain activity seems so close (Nicolelis and Shuler 2001)—the cognitive how of human actions—scientists could even conceive of passing on knowledge to the species that will replace homo sapiens. 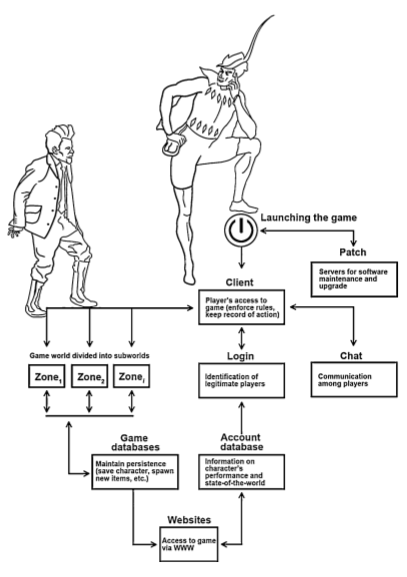 Fig. 1 Playing Faust as a MMORPG game. Is it another Faustian deal?